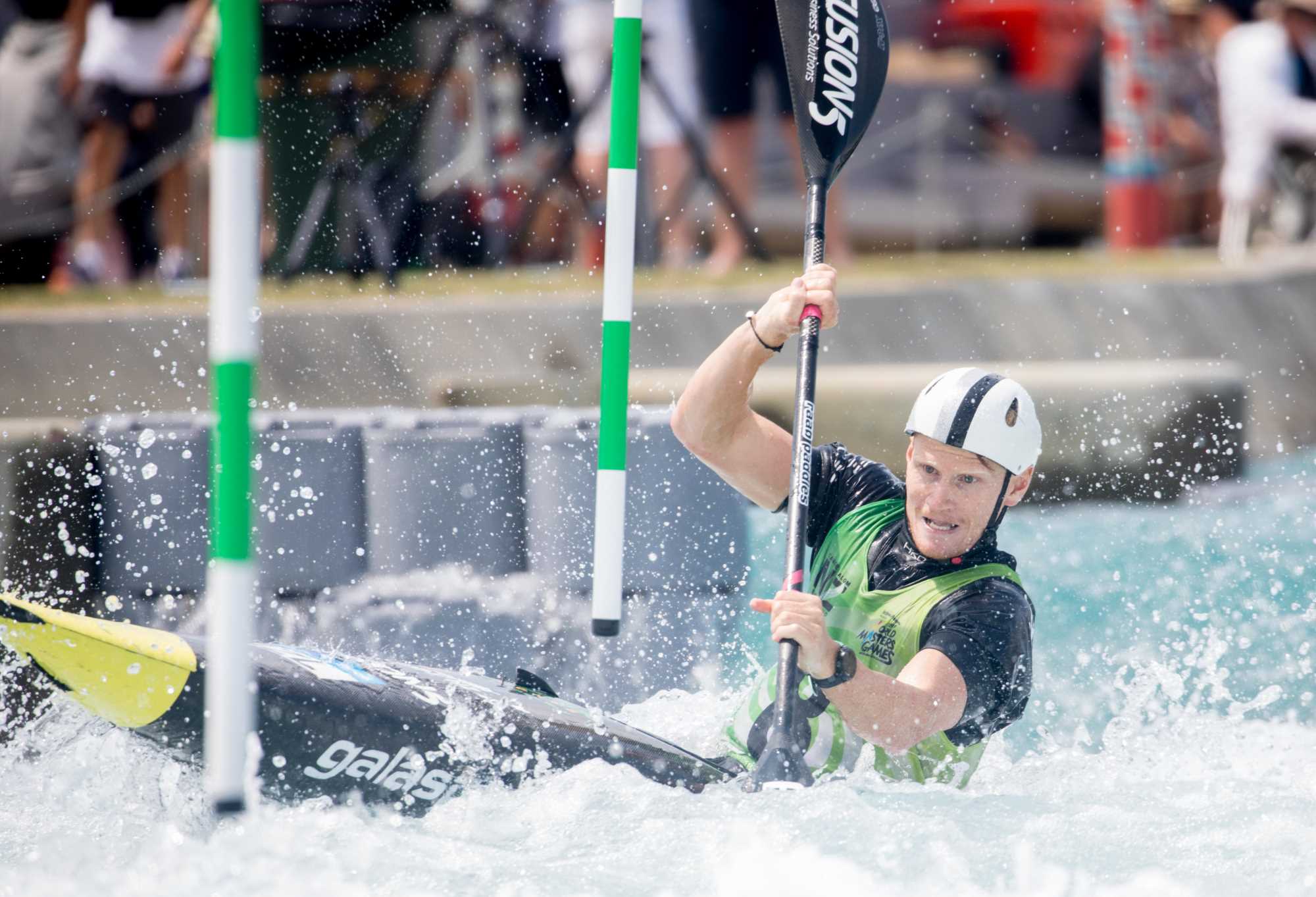 Finn Butcher on his way to third in the K1 men's final at the Oceania canoe slalom championships in Auckland today. Photo by Jamie Troughton/Dscribe Media Services

Butcher finished third in the men's K1, behind Australian Lucien Delfour and Michal Smolen (United States), but was crucially ahead of his New Zealand rivals Callum Gilbert, Zack Mutton and Jack Dangen in the race for Tokyo selection.

It sets up a grandstand selection finish at the Australian Open in Penrith in three weeks, with Butcher delighted with his recent form.

"I'm pretty happy to be able to put runs down when there's a lot of the line and this means a lot to all of us," the Central Otago paddler said. "It was awesome that all four of us were in the final - that's the way we wanted it to be so everyone gets a chance to fight - and I was just focused on being light on the water."

Butcher's win largely negated the advantage Dangen had after qualifying a New Zealand boat at last year's world championships, although both paddlers were lucky to make today's final.  Butcher needed to come through Saturday's repechage, while Dangen slipped through in the 10th and final spot after this morning's semifinals.  The Tauranga paddler missed the 21st gate in the final to drop to ninth, with Gilbert fifth and Mutton sixth.

Butcher's final time of 92.07secs included a 2sec touch, putting him 0.74secs behind Smolen but more than 6secs adrift of Delfour, who blasted the Vector Wero Whitewater Park course apart with a sizzling 85.76sec time to all but wrap up the Australian selection race.

"The level at the Oceania champs has been going up and up and New Zealand has improved so much," Delfour said. "This was the first time at a race here that we’ve had such a tough field and such a hard race - I was definitely nervous at the start of the race because I felt like I was not quite comfortable enough but I surprised myself in the final."

The other Oceania title decided today was the women's C1, with Australian Jess Fox also making no race of it with a dominant win.

"It was one of those runs that felt like a battle that I fought hard, the boat was running and I pulled off the moves that I was trying to do so I’m really stoked with that run," Fox said. "It's an awesome course here, except for that sprint at the finish, which is brutal. I was happy to have a bit more left in the tank to get to that finish line today."